You are here: Home / School and ADHD-Inattentive / Spelling Hints Part 4 – The Dyslexic Speller 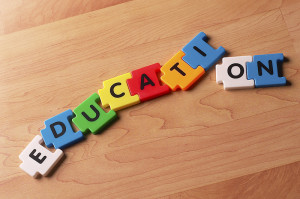 The mother of a child with ADHD and dyslexia writes:

“I must admit that I am often in awe of the inventive variety of ways my 9 year old inattentive dyslexic son chooses to construct the words he uses to express himself in writing. In an odd way it seems to be a bit of an art form.

What kind of spelling are you asking about? Most people think there is only one kind of spelling but for my dyslexic son spelling comes in three flavors. For him, spelling a word verbally, spelling a word on a test (in a list) and spelling that same word in a sentence or story are three separate events. Being able to spell correctly one way one does not guarantee success with the others. For instance if you ask him to verbally spell the word “They” he will reply T-H-E-Y. Have him write the word they on a spelling test and it’s a 50/50 shot that he’ll write T-H-A-Y then correct it to T-H-E-Y. In his spontaneous writing T-H-A-Y is most commonly used.

~One night when I reminded him to “use the rules for spelling” when he was writing a paragraph he replied that he could forgo the rules and get his thoughts on paper accurately or he could apply the rules and immediately forget what he was going to write. That was when I introduced him to a tape recorder. First he taped his thoughts and then he replayed them as often as necessary to get them down on paper so that his teachers could make sense of it all.

~He often dictates his own words into the tape recorder (often in really funny voices) and then replays them over and over.

~We put the words into a talking spell checker and play hangman against the computer. Using paper and a pen works just as well.

~We write out the words with the troublesome letters written in red. Then we verbally spell these words. Say the letters that you know softly and shout out the red letters (the ones that you just can’t seem to remember). Go ahead and really shout. It is fun and lets off stress. Depending where you are you can get some pretty cool echoes too.

~We roll out strings of playdoh and sculpt the words with the strings.

~I pour a carton of salt into a baking dish and have my son write the words in the salt with a wooden skewer or chopstick. (We save a jar of salt just for this.)

~Walking and chanting the words and letters sometimes works.

~Throwing a ball back and forth and saying a letter each time you catch the ball is also a favorite.

~Chalk on the driveway and in the street. Big Letters. How far can we make these 10 words stretch.

~Tracing the letters on a piece of sand paper lightly with your finger holds my sons attention pretty well but he doesn’t like to sit at the table to do it.

~In the warmer months we write words on the pavement with Super Soakers. The letters evaporate fast when it is hot so mistakes disappear without a trace.

~I have started emphasizing common prefixes and suffixes. Recognizing them and knowing their meanings allows for easier breakdown of an unknown word for both reading and writing. For instance the word preamble has “pre” in the front and “ble” at the end. If you are familiar with these then all that is left is am in the middle.

~Many of my son’s teachers have agreed to substituting the “traditional” spelling homework for one of these methods if he emailed them digital pictures of his creations and a short description of what he had done.”