You are here: Home / Archives for ADHD Strategies

There is nothing that annoys me more than to hear someone make blanket statements about how ADHD should be treated. Our children are individuals, with different personalities, learning styles, diets, educational settings, and home backgrounds. Each child has different body chemistry, too. All these factors combined make it impossible for people to say, “If you’d just do such and so, Susie would be fine.”

But people do say it, and when they do, it often leaves parents like us feeling discouraged, ineffective, and insecure. I don’t want anything I write to leave anyone with those types of feelings. So remember, I’m not a doctor, a psychologist, or a teacher. I’m a mom with more than my share of ADHD boys. I can only pray that our experience will encourage you to diligently seek the best for your family.

When our first son was diagnosed, his teacher told me that we would work together and do whatever we could to avoid medicating him. With 504 modifications and a lot of effort and coaching from parents and school, he learned. His grades weren’t great (although standardized test scores were), but he learned, and that is the point of school. We had succeeded, and to me, it was quite clear that medicine was not for us. I confess to feelings of smugness and superiority to those mothers who had chosen what I felt was the lesser path.

Two years later, our son Mike was diagnosed. His teacher also had a son with ADHD/Inattentive whom she had never medicated. We worked diligently with Mike, but it didn’t happen for him. He was getting further and further behind, and his self esteem was starting to plummet. He absolutely could not pay attention.

With heavy hearts, we started to consider putting him on medication – specifically Ritalin. I began reading, and what I read scared me to death. Ritalin is cocaine for kids. Ritalin is the school’s way of controlling unruly students. Ritalin will lead to harder drugs. But I also read positive reviews on Ritalin. I was thoroughly confused.

So I had discussions with my doctor and pharmacist. I’ve known both of them for many years, and they told me personal stories about ADHD individuals in their family. My mom, a teacher, told me of being able to look in the grade book and tell when a child had started medication. She talked of one little boy and the dramatic boost in his confidence when his increased focus helped him to succeed in class.

I talked with two friends with ADHD who were undiagnosed as children, but who self-medicated with drugs and alcohol. One spent three years in prison for DUI, and the other still can’t remember anything about one year of his life.

Finally, I prayed that whatever decision we made would be for the best. And we decided that we would give medication a try. I don’t cry much, even at sappy movies, but when I picked up that first prescription I cried for hours. It was one of the most awful days of my life.

But the medication did make a difference. It did provide focus for Mike, and the focus led to learning, which led to better self-esteem. Mike was happier. But medication didn’t cure Mike. Yes, it helped him to focus, which led to self confidence and academic success. But it never helped him get organized, and it never made his handwriting better. It was just another tool in the belt.

We kept Mike on some sort of ADHD medication for two and a half years, but one year my husband felt like we should try taking him off. Although I strongly disagreed (“You’re not the one who has to pick up the academic pieces halfway through the grading period!”) I’ve lived with my husband long enough to know that he is usually right. And I’m happy to report that Mike was still able to focus and learn. He also was able to stay organized, turn in his work, and study without being prompted.

Attention Deficit Disorder cannot really be ‘cured’. It can be outgrown. It can be overcome. We can compensate for it, and make allowances for it. But there is nothing that you can do for your child that will just make ADHD magically go away. Only you can decide what is best for your child – no doctor, no educator, and no mother in law has the privilege of that responsibility. Do your research. Ask your questions. Say your prayers. Then go with your heart, because the love in your heart is the most important thing you can ever give the wonderful person that is your child. 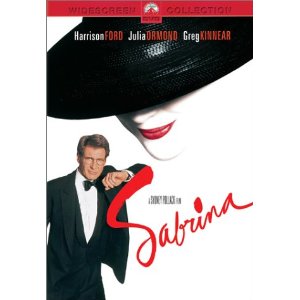 Learning is enough of a struggle to children who find it hard to focus. They should therefore never have to look far for the proper tools. Like a busy executive, they need to concentrate on the task before them, and should have anything they need close at hand. There is a closet in our house that looks like the school supply section at Wal-Mart. The boys have tools to stay organized. They have plenty of socks, underwear, and soccer clothes. We have calculators, computers, dictionaries, encyclopedia, rulers, compasses, and even an electric eraser.

I do try to think of my boys as busy executives, and try to be their secretary. (I admit that instead, sometimes I view them as lazy bums, and just try not to toss them out of the house!) If you’ve ever seen the movie “Sabrina

“, (and if you haven’t, you should!) you know that Harrison Ford never had to search for pencils or coffee or even shirts. Everything was provided for him, and everything was at his fingertips. This didn’t mean he was irresponsible or lazy. It only freed him up to do his job, and rescue his brother from the evil clutches of Sabrina.

Although schoolwork isn’t near so exciting as a romantic comedy, my children still need the same ready access to the tools of learning. To prepare for this article, I walked through my house and made a list of the supplies we keep on hand. This list can be a springboard for getting supplies ready for your children. Let this list help you as you help your children to help themselves.

I’m quite aware that this is a LOT of stuff. I spend a lot of money in the fall when school supplies are on sale, and keep my eye open at dollar stores and places like Big Lots for their bargains. No matter what the cost, it’s worth the investment. We’ve been doing the dreaded science projects this past month, and almost everything we needed was already in our supply closet. You’re going to buy it anyway. Cut down on the stress and buy it in advance.

Besides, your children are like busy executives, and you must take your cues from the secretary in Sabrina

. Just think. If she hadn’t prepared his suitcase in advance, Linus would have never been able to beat Sabrina to Paris! 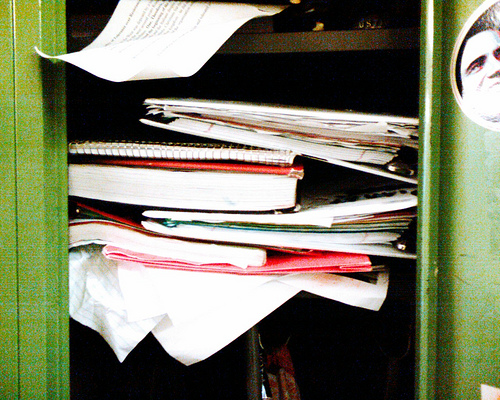 If you saw my house you would probably laugh at this one. We aren’t terribly ordered on the surface. Underneath, however, we have specific places for everything. We have calendars and schedules and budgets, although I’m the one who keeps up with it all. A child with ADHD is notorious for being hopelessly disorganized. It is up to the parents to create a balance of structure for the home. It’s not an easy job, for trying to organize most ADHD children is like trying to teach an elephant to dance. If one or both of the parents also has attention or organization problems, the task is even more difficult, but not impossible.

Our family’s first line of defense is to have a schedule for everybody, and for that we use Palm for the grownups. Palm is a small electronic organizer (also available with a cell phone!) that includes a calendar and address book. Palms can be ‘synced’, leaving the dad, the mom, and the computer with exactly the same information. All doctors’ appointments, soccer games, tutoring sessions, and the number to Domino’s Pizza are effortlessly posted at home, and on the portable handhelds. On Sundays, we look over the week’s activities, and every night, we check the next days’ schedule. It’s also easy to post lists, medication information, classroom schedules and the like on the Palm. Since they’re portable, all information is at hand no matter where you are. Before our brains moved to our Palm, I used a day planner, and my husband just tried to remember everything.

It’s a challenge to keep up with the trappings of four messy boys, their equally messy father, and almost as messy mother. Our organization system starts as you walk in our back door, with four hooks for jackets, and a shelf for sports supplies. We have one central chest of drawers for socks, and underwear and pajamas are kept in crates under the bathroom sink. To cut down on clutter, I try to limit the amount of clothes the kids own, and when they were little, I kept their clothes in a spare room. The four boys and their toys were in one room, and all of their clothes in another. Today, they are required to put their stack of laundry away every day. Sometimes they actually do it neatly.

Each of our boys also has their own personal two drawer file cabinet in our back hall. Into (or on) each boy’s cabinet go clothes for the next day – including shoes, bookbags, lunches, projects, lunch checks, permission slips, and signed notes. I also use it to deposit any loose paper or personal belongings I find around the house. When a child is missing the homework assignment he worked on for three hours, the first place he should look is the mailbox. Currently, one of the boys has an eight day late progress report languishing in his. He can’t remember to return it, but at least he knows where it is.

Read about the wonder working planner we devised for our disorganized boys here!

I always thought toys were supposed to be something to educate children, and to keep them occupied while grownups are otherwise involved. Unfortunately, they have become another source of headache and housework in most families. The first thing to do about keeping your child’s toys organized is to get rid of about 90% of them. After our big purge, we were left with dress up (read that Army) clothes, construction toys like Lego’s and K-nex, cars, rubber animals, blocks, and action figures. In addition, we keep games and puzzles in an out of the way closet. That’s it. The toys are in plastic shoeboxes and crates. If we are given another type toy, the boys can keep it until I find it out of place. Then it disappears. It sounds cruel, but nothing can be so harmful to boys as the struggle to manage the chaotic assortment of toys we previously owned.

When it all boils down, the main source of disorganization in a home is time management. The main sources of clutter are clothes, toys, and paperwork. Get a handle on these, and you’ll be one step closer to creating the settled and ordered physical environment your ADHD child craves.