You are here: Home / ADHD Strategies / The Gift of ADHD 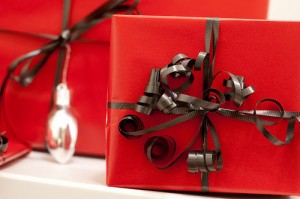 In this holiday season, it seems that I keep re-discovering the lesson that thankfulness changes us for the better. In my quest to be truly thankful for the gift of ADHD at our house, I’ve come across some interesting personalities who also live (or have lived) successfully with either diagnosed or undiagnosed ADHD.

Politicians like Abraham Lincoln and Winston Churchill, artists like Vincent Van Gogh and Pablo Picasso weren’t diagnosed with ADHD, but when we read about their lives and their characteristics, it sounds like classic ADHD. The same is true for Galileo, Leonard Davinci, Alexandar Graham Bell and Albert Einstein.

These individuals changed the course of history by their leadership, creativity, originality — and the conviction and perseverance to follow their passion.

You don’t have to blow the dust off a stack of historical biographies to find successful folks with ADHD-Inattentive. Do you realize that according to a statistic reported in Psychology Today, people with ADHD are 300% more likely to start their own company?

Consider Sir Richard Branson, adventurer and founder of Virgin Airlines. Or take a look at Paul Orfalea’s — the founder of Kinko’s. Although he flunked 2nd grade and didn’t do well academically throughout college, he credits his ADHD characteristics to have helped him start the chain of copy stores.

When you look at the entertainment industry, you find myriad examples, ranging from Bill Cosby to Cher to Jim Carey.
I run the risk of dating myself, but remember Christopher Knight, the slightly unfocused middle brother on the Brady Bunch? (Yes, I always thought he was cute.) He struggled with his ADHD for years in front of the camera. Memorizing lines didn’t come easily, and neither did traditional education. He was only diagnosed within the last 10 years, and he says that getting medication for ADHD is comparable to getting glasses for poor vision.

In the sports arena, a host of athletes credit their ADHD with gifting them the ability to focus on something (other than the classroom) they were good at. It’s been said that Michael Jordan’s brother had more natural talent as a basketball player, but Michael practiced more.

Bruce Jenner won a race in 5th grade, and he was hooked. Running well allowed him the success every kid craves, and years later, the discipline he progressively learned spurred him to win gold for the decathlon in the 1976 Olympics.
Nolan Ryan, known as “Ironman” or “The Ryan Express”, is a former Major League Baseball pitcher who was known for his incredible hard-throwing accuracy that spanned decades.

During a record 27-year baseball career, he pitched in 1966 and from 1968-1993 for four different teams: the New York Mets, California Angels, Houston Astros, and Texas Rangers. He was inducted into the Baseball Hall of Fame in 1999. Even past the age of 40, Ryan threw pitches that were regularly recorded above 100 miles per hour. Today, he is part-owner and team president of the Texas Rangers.

I’m sure you have someone just as brilliant, original and promising at your house. Tell her. Tell him. Excuse me, but I need to take my own advice and talk to my daughter, Leslie. I just love that kid…..