You are here: Home / Archives for Parenting

As a general rule, I don’t pick up things I can’t identify. Therefore, I must have been rather distracted when I reached into my washer to retrieve the debris left from the laundry. I should have known better. After all, I’ve found everything from razor blades to snake skins to little pieces of ca ca after the clothes have been removed from the machine.

Nonetheless, on that fateful day I plunged my fingers in, and pulled out the sodden object. I immediately realized that the rather large item had legs, and lots of them. Some of the legs had come loose and clung to the side of the tub. It was instinctive for me to scream and give the thing a toss toward the trash. My son followed his instincts, as well, and came running.

“I can’t believe it! I just picked up a fuzzy spider. Thank God it was dead!” Images of how the spider had been inside someone’s sock flashed through my mind.

Of course the boy wanted to see it. We tipped over the trash, as my panic had improved my aim. Amid the assortment of dryer lint, candy wrappers and dead leaves lay the source of my terror.

Try it yourself. Rip the cover off the last few matches in the book, give them a whirl in your Maytag, and see if you don’t develop arachnophobia.

The son in this story wasn’t sure what my reaction would be if he fell down on the floor in hysterics. He watched me closely to gauge my feelings before revealing his, and was quite relieved when he saw my terror give way to mirth.

This child is Mr. Sensitive. He is sensitive to the feelings of everyone around him. From kindergarten, his teachers have remarked on how kind he is to others. As a result, for group projects he is often paired with children who need encouragement. He is often chosen to read to younger children, or to help a new child feel at home.

At the dinner table we hear stories about the friendships he has formed with the autistic children in his school, and this year one of these special children is assigned to sit at the lunch table with my son and a few other boys. When I eat lunch with this rowdy bunch, I always leave with a smile in my heart, having watched my son set the tone for including and accepting a child doesn’t always feel included or accepted.

Children with ADHD are exasperating, and they require a lot of work. Each one, however, has special gifts. For all I know, my child has developed empathy for others because he has a problem himself, or because he has watched his brothers struggle. As always, at the end of the day it is not the grades, the homework, or the future income potential that matters the most. These things pale in comparison to the ripple effect created by one act of kindness from my son. 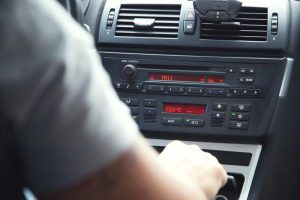 The line of cars was long as I waited to pick up my son from his very first day of class. I craned my neck to see him, wondering about his first day. Did he make any friends? Did he have enough to eat? Was he nervous – afraid?

And then they let the kids out, and as I saw my son, my firstborn, my eyes filled with tears. It seemed just yesterday that he was born, and now I was sending him out into the world. For an irrational instant, it seemed I was sending him to his doom. The new experiences and challenges he was facing seemed more like new danger and conflict. I thought about the cruel world he would soon encounter, and I wanted to put him back into his child seat, drive away, and never let him out of my sight again.

Yet I knew I had to let him go. If only the separation weren’t so heart wrenching.

I was the next car. Ashamed at my sentimentality, I brushed my tears away, put on a big smile, and greeted the child of my heart.