You are here: Home / Archives for college 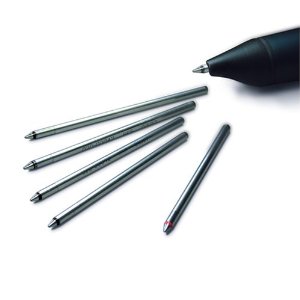 As always, we’re grateful to parents and students who share their stories and hints. And – as always – we’re protecting the privacy of this mom and daughter by changing names.

Our ADHD-I student is heading off to college in August. We attended orientation and each of us was overwhelmed by all the information coming at us. At the end of the first day, I immediately began organizing all the paperwork in a 5” 3-ring binder! I made exhaustive notes on what to accomplish the next day. Armed with my notebook and ready to go by 6:00 am the next day, my husband and I met up with Selina at lunch. (Students were housed on campus in the dorms!) Selina took one look at my binder and said, “You two need to go on your own now….you are getting in my way!”

It was a bitter-sweet moment…..had my daughter just been disrespectful to me?…..but didn’t she just show her new-found independence?! I chose to focus on the latter and did as she wished. I stopped carrying around the huge “manual” I was building and relaxed. I actually enjoyed the rest of the sessions. I found that I was listening to the fun stories the seasoned college students were sharing with all the parents more than I was trying to write down all the possible mishaps we needed to help Selina avoid when she was away from home. The words “you are getting in my way” are the words I have been wanting to hear for a long time!

Tips We’ve Learned For ADHD kids going away to college: 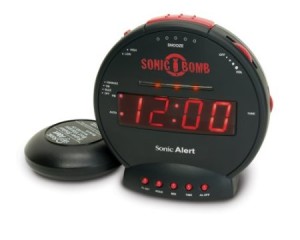 When Ron was in his second year of college, he signed up for his first 8:00 class. This was a huge deal for him, as he has always been a chronic oversleeper. Lots of ADHD kids are. Nevertheless, I quit waking him up while he was in high school; when he oversleeps, it’s his problem. (He has walked the four miles to school.)

At the beginning of college, Ron simply scheduled later classes. But one semester a class he really wanted to take was only offered at 8:00. So he signed up. To make sure he wakes up, he has set THREE alarm clocks and his cell phone. He also has asked my husband to check on him and see if he’s up. (Wonder why he didn’t ask me?!)

One of Ron’s alarm clocks was EXTRA LOUD, as is the clock pictured at the right. These loud alarms make great clocks for ADHD, and may go a long way toward helping your ADHD child become responsible for getting up on his or her own. Get you a clock for ADHD here. 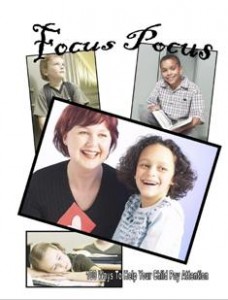 Recently, our oldest came home from college for a weekend, homework in tow. I know the child is 23 years old, but I was happy that he was able to find the assignment (okay, so it was online, but still). I was even happier that he had the correct book.

Ron’s homework was to write a comprehensive summary of three chapters in one of his business textbooks. Talk about boring. He’s pretty interested in it, though. He explained enough to show me he had a good grasp of the subject, although for the life of me I can’t remember what it was.

Ron: “I’m having a hard time with this. I can’t summarize it like I want.”

Me: “Just go through the chapter and summarize the topic sentence of each paragraph.”

Ron: “How’s that going to prepare me for real life? I want it to be in my own words. I might have to write a business report one day.”

Me: “You’ll have a secretary. And it will be in your own words. Don’t over complicate things! Just get it over with. DO it.”

Good grief. He wanted to rewrite the chapter. It was a summary – not a research paper. The purpose of a summary is to summarize!

I reminded him to go through the chapter and make an outline with all the headings. He had done that already. (Does this mean that he was listening to me when he was in high school?)

Ron: “Writing isn’t as easy for me as it is for you and Ash.”

Me: “Walking into a room full of friends and being friends with everybody in five minutes isn’t as easy for me as it is for you.”

Ron: “I just can’t get it from my brain onto the paper. I can talk about this until I’m blue in the face, but when I try to put it on paper, I blank out.”

At this point, we’ve moved from a discussion to a rant, and he’s procrastinating. I know this trick.

Ron still is frustrated by his difficulties. He still procrastinates. He’s still disorganized, although not overwhelmingly so. Ron still won’t do things that really would help – like speak his thoughts into a recorder, then transcribe them. Ron still works best in short spurts. He’d set a goal, work madly until he met it, then stop and play a video game or get something to eat. Ron is learning, and enjoying the learning, but not the studying. But at the end of the day, Ron is succeeding!

During one of the his breaks, I read him the story I’d written about one nightmare of a weekend when he left one of his assignments in his jeans pocket – and I washed it. It’s an hysterical story, one that will sound way familiar to you. Read it here, and you’ll understand I can write things like Waking Up from the Homework Nightmare.

Anyhow, while I was reading I left out his name, and when I finished, Ron said – with great disdain, “Who was that?!”

PS If you’ve not read Waking Up from the Homework Nightmare, you really owe it to yourself to grab a copy before your next homework nightmare begins!