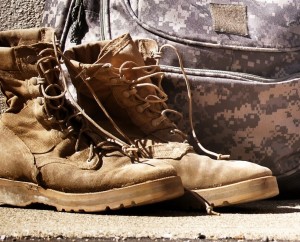 Speaking of remembering, some of you have been asking about our second son, whose ADHD was the inspiration for “Who Put the Ketchup in the Medicine Cabinet?” back in 2002. I haven’t mentioned him in almost two years, because he joined the US Navy, and was attending boot camp and undergoing a security check. I was paranoid that something I had written about him – good or bad – would cause him embarrassment or worse. So I didn’t bring him up – hard to do when you’re bursting with pride!

But, I’m breaking my silence. Boot camp, over a year of schooling, and the security clearance are behind us, and our son now has orders for five years. If you had told me two years ago how well the Navy life would have suited this boy, I would not have believed you. But what a fit!

First of all, his schooling in the Navy had a singular focus. Rather than having four classes at various times in the week, he had one class all day (and sometimes night…) long. He didn’t have to shift his brain from math to English to science. A lot of his learning was in front of a computer screen, and still more was hands on.

The Navy also provides the structure and order our son has always craved. Since he was so unstructured and unordered in his brain, he always looked to find this externally. Think about the military: routines, schedules, acronyms, color coding, even the cadences. He knows what to expect. And where to go when, with whom, and for how long. These have been very comfortable – and comforting – to our son.

My husband and I are tough disciplinarians. But our discipline pales in comparison to the dire consequences doled out by mother Navy to the Sailors who don’t get their schoolwork done. The threat of chipping paint for six long years terrified our son. And made him study. And succeed! I do have to add that he very often drew from the arsenal of techniques that we taught him. Including Focus Pocus. (Did you check it out? Send the link to someone else?)

The Navy has eliminated a lot of mundane worries from our boy’s life. He doesn’t have to think about paying rent or utilities. Most of the time, he doesn’t have to worry about what to wear. Food is taken care of, and he still eats healthy like he always has.

There are still a lot of personal responsibilities and challenges – laundry and supplies and haircuts, finding his way around, keeping up with orders, internet connections, financial decisions, and waking up on time…He also has trouble remembering that you can’t jump up and hit the top of the ceiling like he did (does) at home. He’s in the Navy and is no longer our dependent, but he’ll always be our kid!

Is the Navy for every ADHD kid? Of course not. But for our son, it has been perfect. He is beyond happy – happier than we’ve ever seen him. He’s succeeding. He’s well-liked. He’s learning and growing. We would have never guessed that this was the path for this homebody of a son. But God knew, and we give full credit to Him for guiding our son’s footsteps.

And now I’ve made myself cry.