You are here: Home / School and ADHD-Inattentive / Timing’s Everything for an ADHD Child 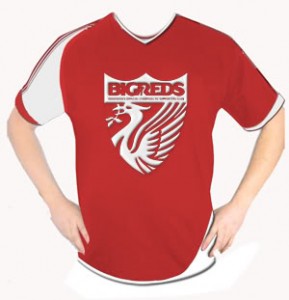 Kayla may have shared with you about how she almost kept Mike out of kindergarten for a year to let him start a year later. She and I have been discussing this issue lately because many kids (ADHD or not) benefit from maturing a bit before they start their school careers. What Mike ended up doing was taking a gap year after his first year of college. It looks like Kayla’s instincts about holding him back a year were accurate – he just ended up taking the time a little later than anticipated.

We have our own timing story. When Lesley was 4, she started kindergarten in Maryland. It wasn’t my original intention, but it happened due to a series of events involving an almost-move to California – and eventually moving right back into the same house we left. While our furniture was trucked across the country and back, our family camped in West Virginia and North Carolina. Meanwhile, the pre-school that Lesley had attended for the past year filled up, and there was a long waiting list.

We couldn’t afford a different pre-school, so kindergarten seemed logical. At that time in our neighborhood, a child had to be 5 by the end of the year, so Lesley was within their rules to attend. (Interestingly enough, that school district changed their kindergarten age requirements rule to an earlier deadline a couple years later.)

When I consider Lesley’s circumstances and her somewhat delayed diagnosis of ADHD, I shudder to think how much worse her situation could’ve been without the extra time. I believe that she would have struggled to catch up with the others in her grade (who would’ve mostly been older than she.)

In the past few years, gap years for students are more widely accepted in the United States. A senior in high school can apply to college, and once accepted, can choose to defer enrollment to the following year. Gap years can be used for travel, volunteer work, or just plain work. Given the economy, some students need that time to help the family save for soaring university costs. From the contact I’ve had with college students who chose a gap year, I believe they’ve benefited greatly. I love to hear their success stories.

One of my son’s classmates at the University of Hawaii stayed in California after he graduated from high school and worked various part-time jobs to save for tuition. By the time he started school, he had not only been disciplined to save, he had learned valuable job skills. One of his jobs was making balloon animals for children visiting Disneyland, and that experience inspired him to have business cards printed up to offer his services for birthday parties and other functions in Honolulu. It sounds like a perfect part-time and weekend job.

Other students may choose to volunteer in a third world country – talk about a life-changing experience! Check out this link for gap year opportunities: GapYear.com

Although gap years may not be for everyone, many kids gain perspective that only travel, work and time can provide.

Do you have a timing story – gap years, repeating a grade, or holding a child back (redshirting)? If so, tell us about it in the comments below!