You are here: Home / ADHD Strategies / Before and During: How Success Stories Get Started 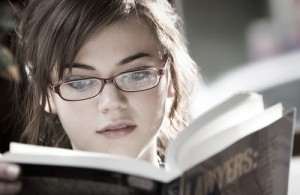 As the parent of an ADHD-inattentive child, you may sometimes feel overwhelmed and emotionally exhausted. I know there were times at our house when life seemed to be one steady stream of prepping for the next test and whacking away at assignments in bite-sized chunks.

Flash cards, IEP meetings, and peppermint tea – we were always thinking of the next strategy for ADHD.

While I don’t mean to imply that we’ve arrived and have it all figured out, I do want to encourage you. Success may start slowly, but it always starts.

Don’t forget to notice triumphs no matter how small.

In retrospect, I realize we’ve had a year of successes for Lesley. For her sophomore year, she started out using Concerta but had our psychiatrist’s green light to self-regulate a bit and use as needed. She never stated something like “I’m giving it up this year.” It was more of a gradual process, reassessed as she went through the year.

She continued to use strategies that worked well for her. For instance, she studied in the library instead of her room. She talked to her teachers about having a little extra time on tests. When she needed extra help, she was more comfortable talking to the teacher after class and asking questions.

Because we live in the Middle East, Lesley’s choice for high school included boarding school, and she chose a school in Europe. Before I moved here, I couldn’t imagine sending any 15-year-old away to boarding school. Everyone knew that only evil stepmothers in Disney movies would do such a thing.

Lesley was keen to go away to high school despite the fact that she’s always been a homebody. She’s never been wild about sleepovers, and until now, she’s never even participated in a sleep-away summer camp. How could a kid like this succeed in boarding school?

In the early days, I wondered what we were thinking by following this plan. While September was rocky with tears and homesickness, Lesley persevered. October looked better. By the time we came to visit on parents’ weekend, we realized that she was studying hard, making friends and enjoying adventures like zip-lining and rock climbing on the weekend. In November, she toured Venice, Italy as part of her curriculum. (I know. Grueling course of study, huh?!)

We came together as a family in December for winter holidays, and she was ready to return to school in January. She auditioned for the spring musical and landed a solo. She was stressed out with finals because she’d never had comprehensive final exams before, but in the end, she was fine.

Do we have it all figured out? No! She’s home with us now, and if you saw her room right now you would ROTFL or something like that. She’s trying to overcome nail biting – and she should probably get started on summer reading since June is over. But we’ve had a year of successive successes – and I wanted to document them here.

We’ve come a long way from the 15-year-old who got cold feet in September and begged us to take her back to the Middle East. I consider each step Lesley took this year an example of “God sightings.” For each one of them, I’m very, very grateful.

What are your successes? Small or great. Share them below.

Read Focus Pocus, and Get 100 of our best ADHD Strategies!
Click Here for More Information!